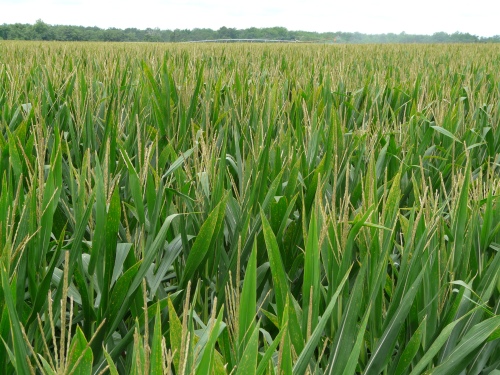 Southern corn rust has been identified in Mitchell County by Agent Andy Shirley. This is our most destructive disease in corn. Our current weather patterns do increase the risk. Any corn that is approaching or even passed tassel growth stage is worth protecting if yield potential is there. Below is an update from UGA Extension Agronomist Dr. Dewey Lee:

“Even though this southern rust infection is earlier than usual, most of our corn crop is a little head of schedule. While this might not be much comfort, it does mean we might have saved at least one spraying. Last year, it was extremely difficult to stay a head of southern rust because the infectious time was longer than normal due to favorable conditions for infection.  Some corn in the southern areas of the state is as far along as the R3/R4 stage. This makes it easier to control rust and reduce the impact since it is much closer to maturity.  Much of the corn crop though, is silking to early ear development (R2/R3) which adds roughly 2 to 3 weeks of time to our potential spraying.

If you have good yield potential (and most irrigated growers do), I would consider spraying a combination of fungicides to provide both a curative and preventative type of action. There are great choices today from lots of sources. You may not have a current infection taking place, but spores are active and an application of a combination of fungicides will be great insurance and likely prevent yield loss. As long as southern rust is active, I would consider staying on a 14 day spray schedule or shorter. This disease can certainly undermine all your efforts this year and significantly reduce corn yields.” 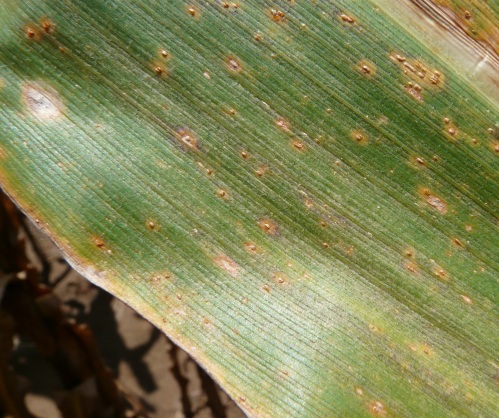 I have seen some common corn rust in some fields. This is NOT the bad rust that causes yield losses. This rust is a cooler season rust that most likely infected during cool nights a few weeks back. It causes damage on BOTH sides of the leaf whereas southern rust shows up primarily on the tops of leaves. This rust is darker  brick red as well in color. Southern rust is a more orangish color. 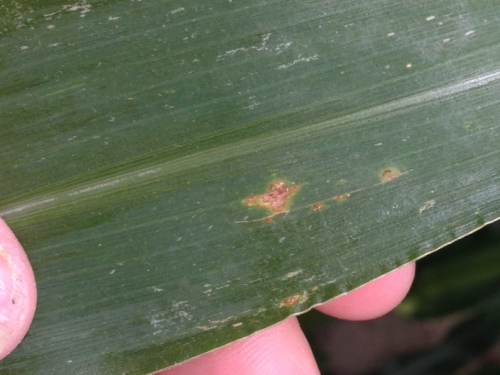