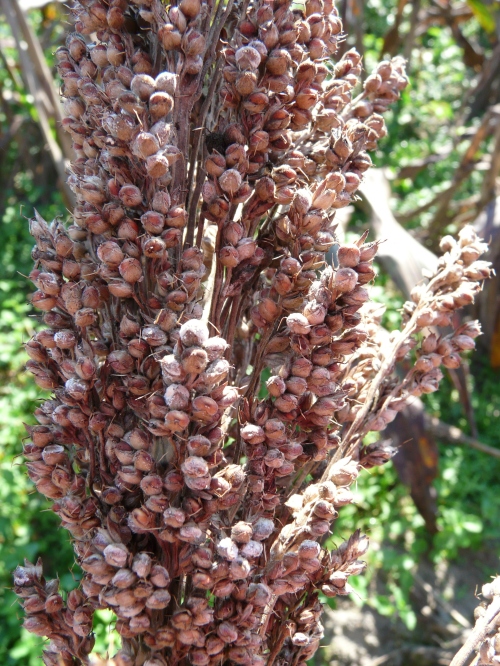 We’ve seen many different pest and environmental issues play out with during this season. A new insect pest has come in the state affecting sorghum (white sugarcane aphids). We confirmed charcoal rot which correlates with hot, dry weather especially post-flowering. Now we are seeing “grain mold” aka “head mold.” The symptoms are the pink, orange or white seeds on the heads infected by Fusarium and black seeds on heads infected by Curvularia, Alternaria or Helminthosporium.

UGA Extension Grain Pathologist Dr. Alfredo Martinez says, “Grain mold is caused by a complex of several fungi including Fusarium, Phoma, Curvularia and some others. High humidity/ rains which coincides with grain maturing can be the main effector of this disease. Nothing can be done at this point in terms of fungicides. Next season, planting date might be an option (trying not to coincide grain maturity with rains), genetic resistance.” 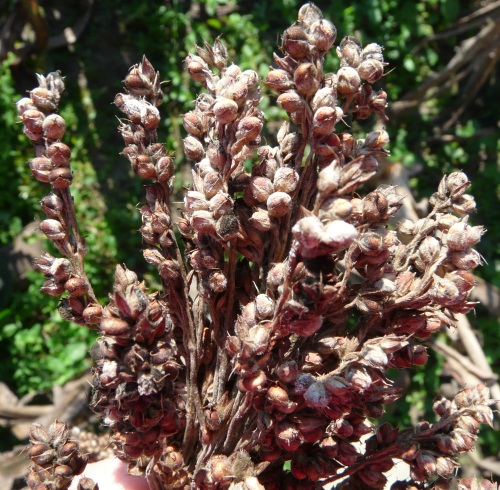 “Head blights and molds can be partially avoided by adjusting planting dates so that plants mature during a period without frequent rains. Some sorghum genotypes are more resistant than others but none are considered to be completely resistant. Although the fungi infect seeds, there is no clear evidence that seed-borne infections greatly influence the occurrence of these fungi on seeds in subsequent crops.” – Common and Important Disease of Grain Sorghum (Dave TeBeest, Terry Kirkpatrick and Rick Cartwright)