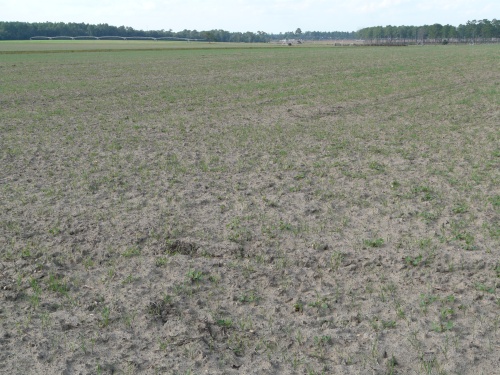 We are now planting oats, rye, clover and other forages now. These are generally planted during the month of October for grazing.We are a little early to plan for grain since heads can be damaged by cold later on. This field has been broadcasted with rye after peanuts were harvested which will be used for grazing here soon. We need to be aware of our seeing rates and planting depths. Below is a chart of seeding rates of grasses and legumes:

For legumes, it is important to have innoculants put out with them for nitrogen fixation. Inoculants are live bacteria so they need to be kept cool and moist until planting to get good root nodulation. In some situations were a legume like Crimson Clover is planted in a field which has had clover many seasons, we may not need the inoculant if there is plenty of organic matter. Below is a list of inoculants from the Georgia Forages website.