Corn is really progressing. We’re past tassel in most fileds and through milk stage (R3) in this field. Looking at corn yesterday, I noticed some leaves with rust postules which later confirmed to be southern rust. 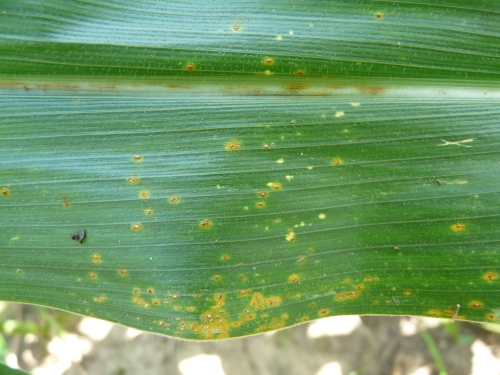 Initially, it looked similar to common rust, which we do not worry about. But there were no postules on the back of the leaf (as with common rust). Plus, our hot temperatures are more conducive for southern corn rust. 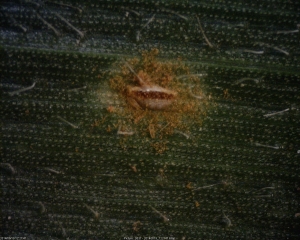 Sporadic afternoon and evening thunderstorms are likely to further move rust spores and also provide the moisture important for infection.

Southern corn rust has been on the move and covering many counties across the state. Here is the current map on its location: (http://scr.ipmpipe.org/).